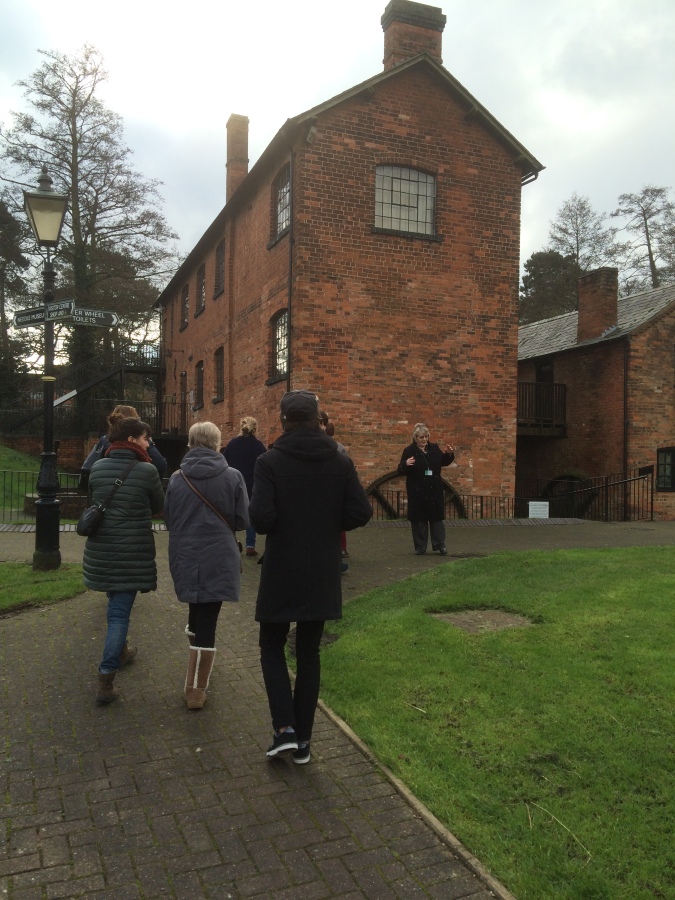 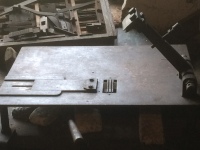 ‘Doing the cheeks’; ‘straightening the crooks’; ‘fanning out’ – apparently there are over 30 different processes involved in making a needle.

The tough, dangerous lives of the workers who made the needles was an absolute revelation. There were the ‘pointers’, whose work was really well paid (£4 a week) but led to death from lung disease after a maximum of fifteen years on that job (if they weren’t already dead from one of the frequent accidents); the women ‘stampers’ who stamped eyes in 30,000 needles a day; the men who ‘fanned out’, tipped a heavy drawer backwards and forwards all day long to get the needles out of the hot sawdust used to dry them; the 7 year old girl who was recorded in the 1881 census not as a child but as a ‘paperer’, a worker who used small fingers to place the needles in the paper packets.

‘Who knew?’ as someone said in an entry in the visitors’ book – we certainly didn’t. And the general feeling was of great thankfulness none of us or our children were going to be asked to do this kind of work – ever.

But the skill, the strength and the speed of these workers was amazing. So was the ingenuity involved in creating the processes of manufacture.

Redditch (‘red ditch’ from the red oxide which coloured the water) was the centre for needle making in the UK. A perfect location in an area in the Midlands (with good transport links) which specialized in making carpets (Kidderminster); saddles (Staffordshire) and gloves (Worcester).

And the variety of needles! Haddock hooks, double pike hooks; hat pins; gramophone needles; surgeons’ implements (one needle used for corneal grafting was so fine you could barely see it); even the insulation materials used in the NASA space shuttles were sewn with Redditch needles.

Our only problem? How to make art which does some sort of justice to the tough, complicated lives of the men, women and children who worked in and around our town and our building here in Studley.

View all posts by Dawn Harris

Face to Face on tour at General Office